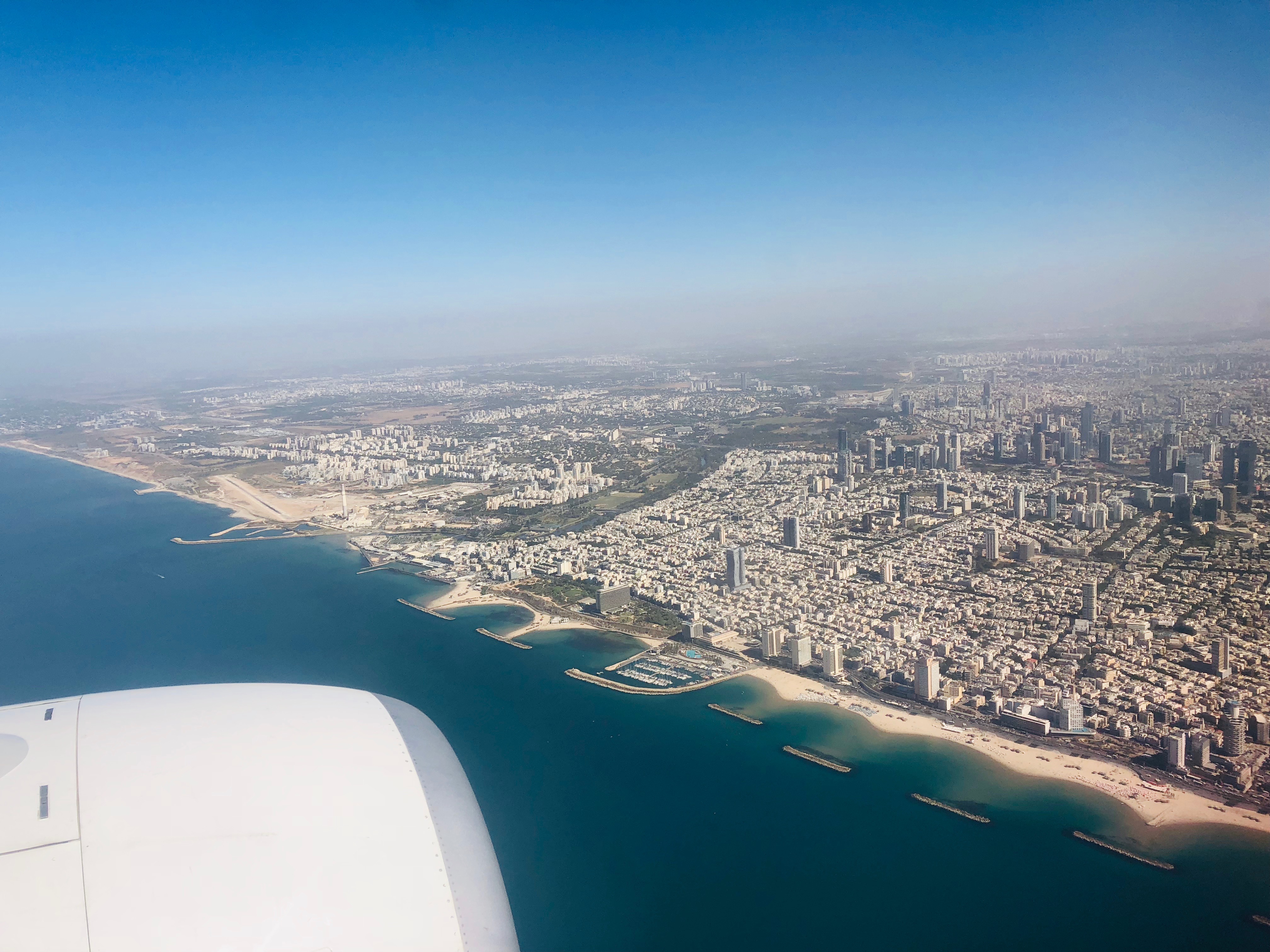 Published in
Research
on
November 6, 2018

From the 29th of October until the 4th of November 2018, I was in Israel for a business trip. The main reason for my visit was a research project that I am currently developing in relation to the successful elimination of Female Genital Mutilation/Cutting (FGM/C) in Israel.

From the 29th of October until the 4th of November 2018, I was in Israel for a business trip. The main reason for my visit was a research project that I am currently developing in relation to the successful elimination of Female Genital Mutilation/Cutting (FGM/C) in Israel.

The past years, I have been working mostly in Africa and Europe. However, I would like to expand my business to other parts of the world as well, since FGM/C and other harmful practices are - of course - not only practiced at these two continents. I am currently writing a research proposal focusing on FGM/C in the Kermanshah Province‌ in Iran, together with a local researcher. But when I found out that FGM/C was eliminated in Israel over a period of 15 years(!), I became very excited. I was honored to have a meeting with renowned psychiatrist Prof. Haim Belmaker, MD to discuss the disappearance of FGM/C in Israel.

We met in Azrieli center in Tel Aviv and had a very good discussion. First of all, he explained how he, as a psychiatrist working in Beersheva Mental Health Center and as a Professor of Psychiatry at Ben Gurion University of the Negev, became involved in FGM/C. When he gave a lecture about human sexuality in the 1990s, a Bedouin student raised the subject of FGM/C. After the lecture, they continued talking about the practice, and that is how his initial research began. With a team of two Israeli Arab male doctors and one female Bedouin social worker, they were able to reach women in the six Bedouin tribes who allegedly performed FGM/C and started to conduct research. Between 1995 and 2009, several academic articles have been published about FGM/C in Israel. FGM/C was not only documented in Israel among six Bedouin Muslim tribes, but also among Ethiopian Jews who had immigrated to Israel. They practiced a more severe form of FGM/C in Ethiopia, but gave up the practice immediately upon arrival in Israel. None of the mothers intended to continue the practice on their daughters. Therefore, over a period of 15 years, FGM/C was effectively eliminated in Israel.

Since other countries in the world face so many difficulties in finding the right approach to eliminate practices that are so deeply anchored in cultural beliefs and norms, I asked myself the question: What happened in Israel that made these women decide to stop practicing FGM/C in such a short period of time? 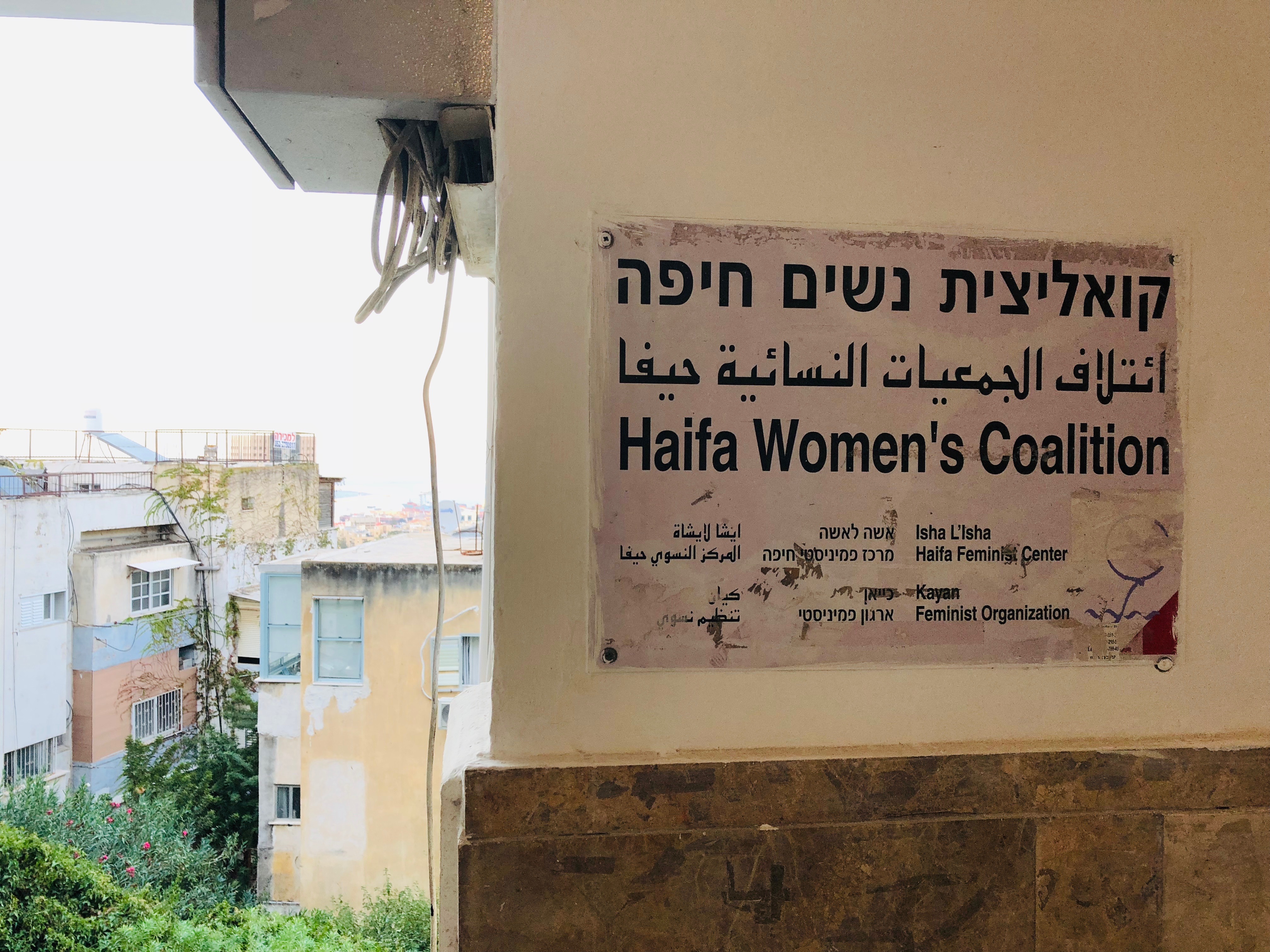 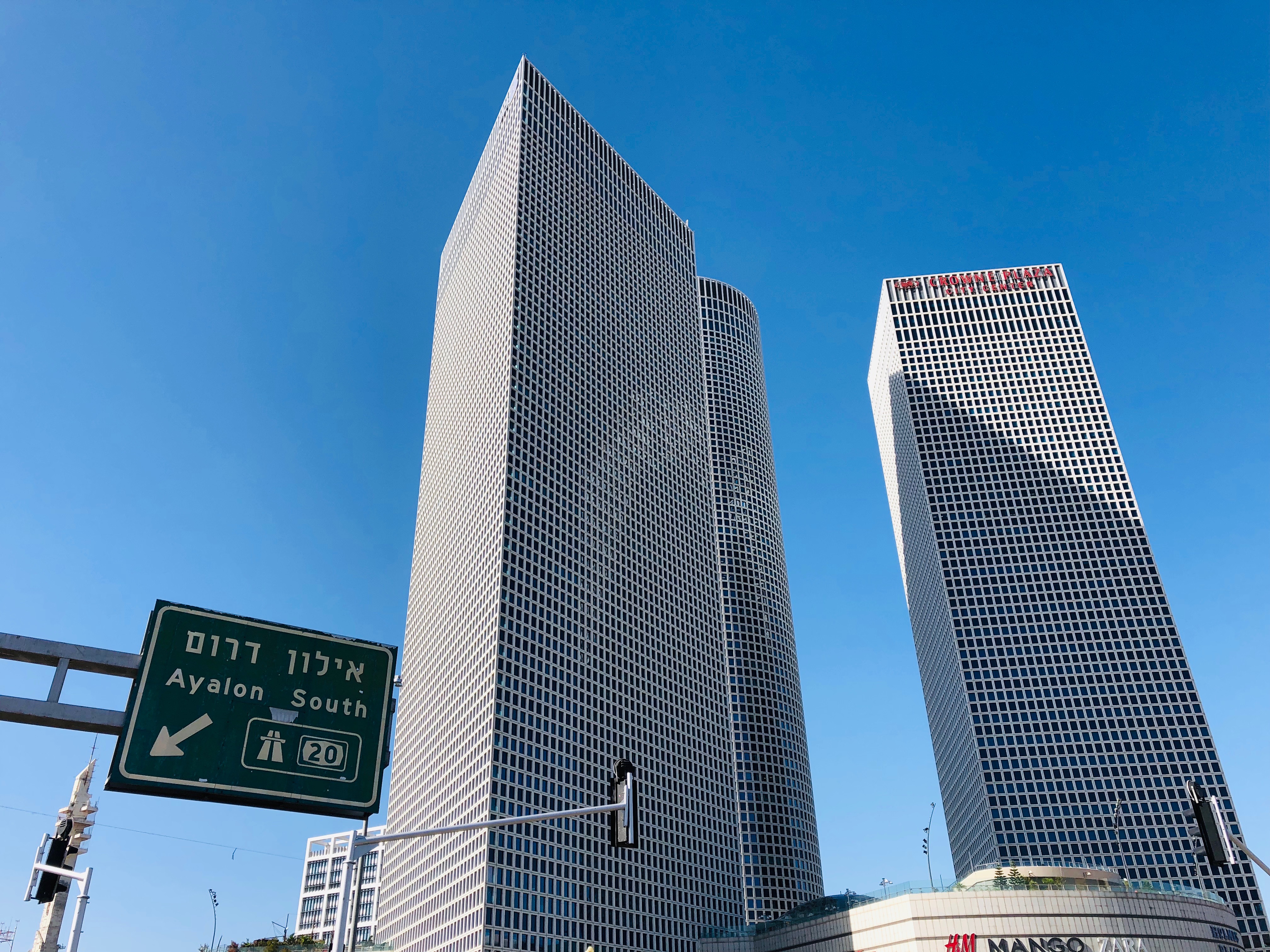 From my office in The Netherlands I started a desk research addressing this question, but I couldn't find very clear answers. Interestingly enough, the causes of the change that led to the successful elimination of FGM/C among both the Ethiopian Jews and the Bedouins have never been thoroughly investigated. As far as I could find during my search online, no official efforts were made by the Israeli government to stop the practice. Some scholars argue that both Bedouin Muslims and Ethiopian Jews assimilated into Western culture. Others believe that the improvement in the level of education and access to health care may be associated with the change in behavior. At the same time, activists suggest that advocacy efforts of feminist grassroots organizations played an important role in creating social change. However, these are mere hypotheses and no evidence exist for the above justifications. That was the reason for me to travel to Israel with the aim to speak to persons who were involved and have knowledge on FGM/C.

During my meeting with prof. Haim Belmaker, we discussed all the above and agreed to write an abstract that we'll submit together to the Women Deliver 2019 Conference that will take place in Vancouver, Canada in June next year. I already registered for the Conference, and I am very excited about it. The Women Deliver Conference is the world’s largest conference on gender equality and the health, rights, and wellbeing of girls and women.

The next step in this process is of course to find funding for the research. Several meetings with possible granting agencies already took place. I really hope that it is going to happen, since I am convinced that the outcomes of this research will provide inspiration for other countries, UN agencies and civil society to accelerate the elimination of FGM/C worldwide. To my experience, not many people are aware of the fact that FGM/C is totally eliminated in Israel in such a short period of time.

As I lived in Israel for 6 months in 2008 when I worked at the Netherlands Embassy, and I have returned my times to Israel in the past years, I could use my network to find the right persons to talk to. I also had a meeting with the Haifa Women's Coalition. This is a coalition of four women's organizations in the Israeli city of Haifa: Isha l'Isha – Haifa Feminist Center, Kayan – Feminist Organization, Haifa Rape Crisis Cente and Aswat – Palestinian Gay Women. The coalition works for women's rights awareness and supports women victims of domestic and sexual violence. What I particularly like about this Coalition is that both Jewish and Arab women work under one roof, creating a contact point for Israeli women of all backgrounds. The women I spoke with were very open and willing to share their ideas in relation to FGM/C in Israel, and - most importantly - gave me the opportunity to use their network.

During my week in Israel, I also had lunch with former colleagues of the Netherlands Embassy. It was really nice to see them again. It was great to find out that the favorite lunch spot - after 10 years - is still the same! All in all, I really enjoyed my time in Israel. I was very inspired, learned a lot and I hope that I'll be back soon. 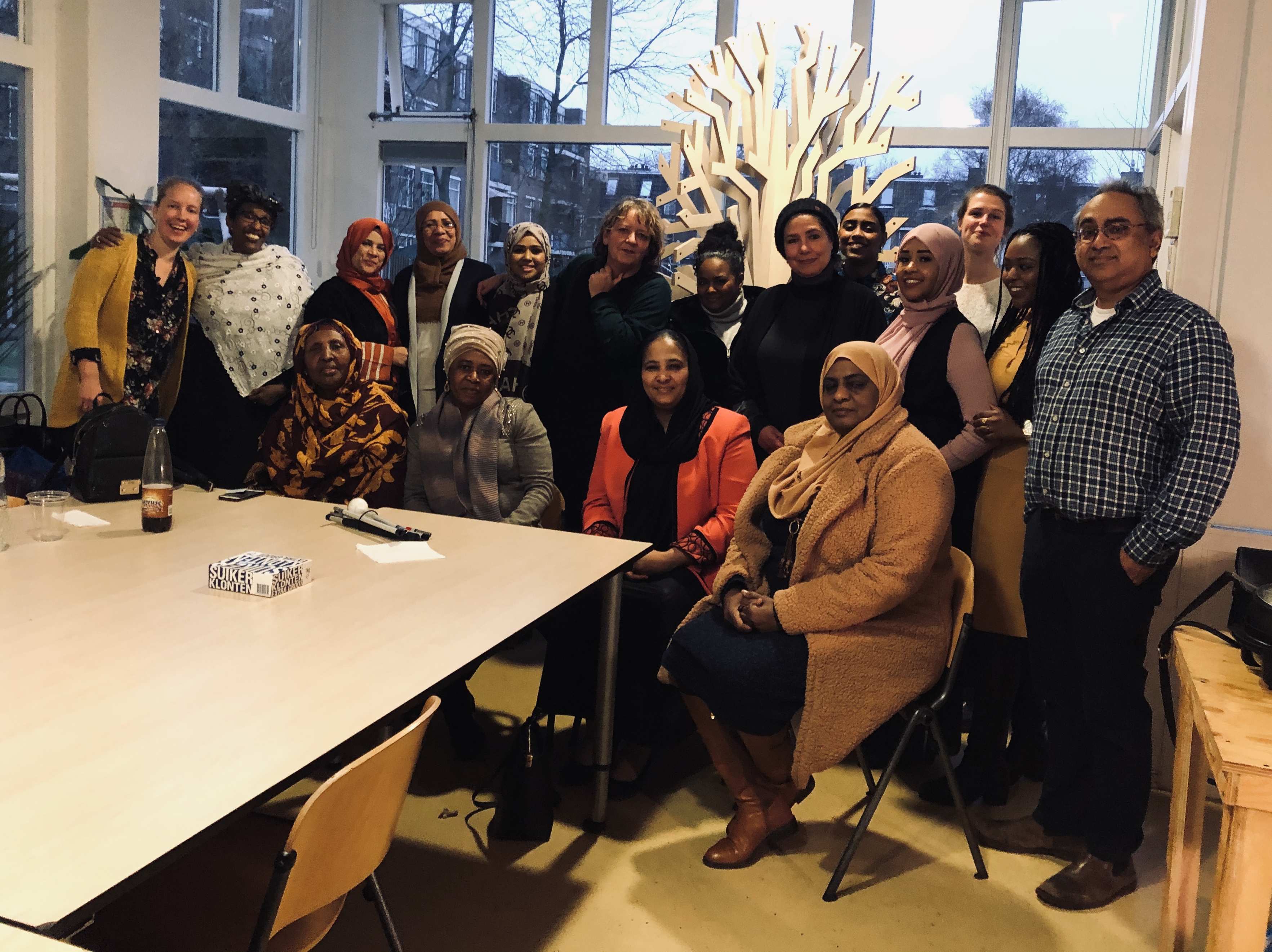 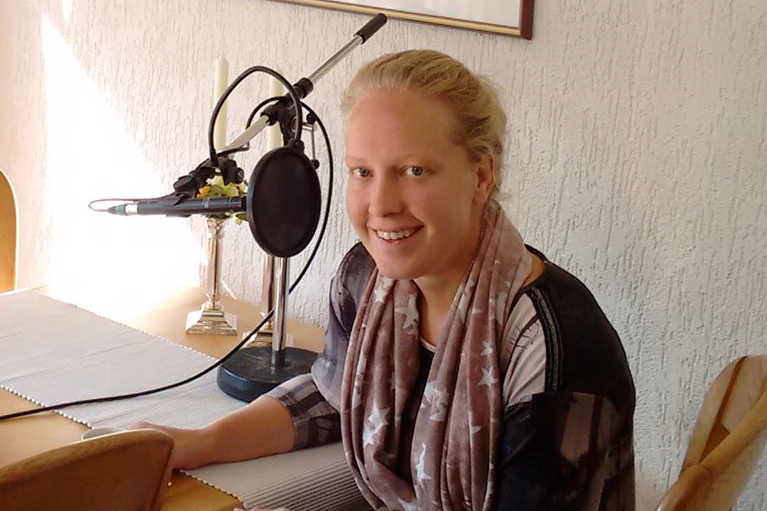