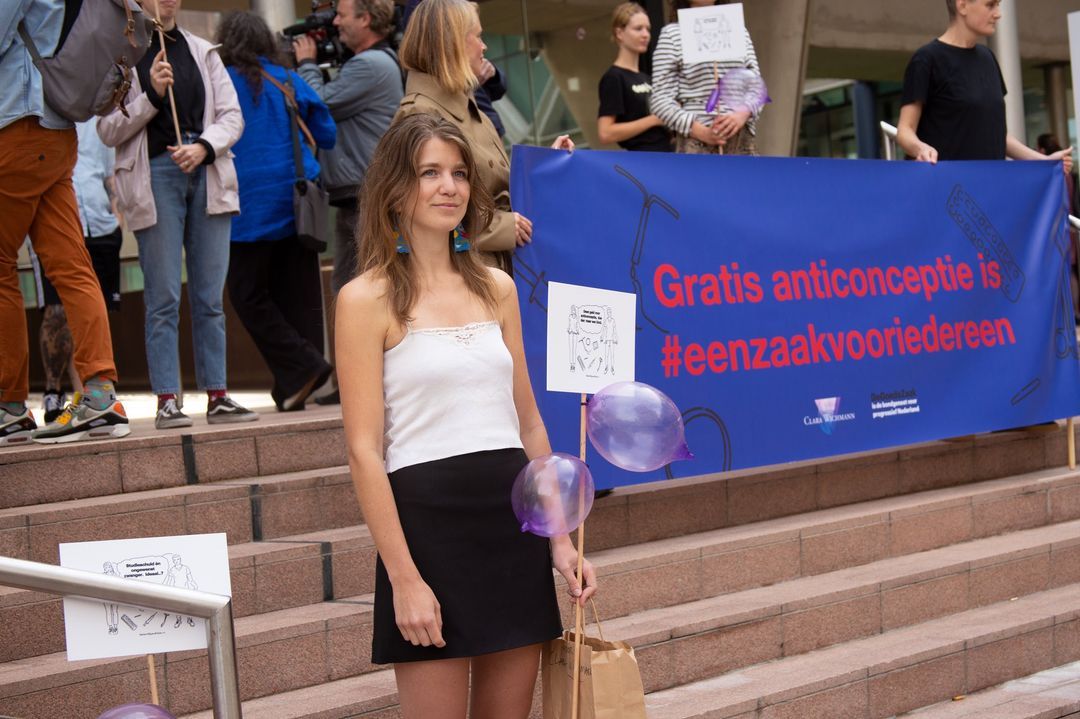 Lawsuit against the Dutch state for free contraception

Contraception is not covered by basic health insurance in the Netherlands because it is not "medically necessary" which results in the fact that 8% of Dutch women decides not bo buy contraceptives due to financial constraints. Together with 7.228 co-plaintiffs I believe that this is not right and we try to fight for the idea that contraception should be free for eveyone in the Netherlands.

The 29th of July 2020 was an important day in relation to a lawsuit against the Dutch State to make contraception free of charge for everyone in the Netherlands. I am officially a co-plaintiff in this lawsuit, because I am of the opinion that contraceptives should be free and covered by basic health insurance in the Netherlands. A few months earlier, the organizations ‘Bureau Clara Wichman’ and ‘DeGoedeZaak’ started this initiative and sued the Dutch State on behalf of 7.228 co-plaintiffs.‍

‍The problem is that - currently - contraception is not covered by basic health insurance in the Netherlands. In the 1970s, a Dutch feminists collective called the ‘Dolle Mina’s’ successfully demanded that contraceptives be covered by basic health insurance. But this win was nullified in 2011, when the Dutch Government removed contraceptives from basic coverage, arguing that contraceptives were not “medically necessary.” The situation in the Netherlands is as follows: girls under the age of 18 are reimbursed from basic insurance. This is also the case between the ages of 18 and 21, but the costs are covered by the deductible. From the age of 21, women must pay themselves or take out additional insurance. Out of all people who use contraceptives, 96% is female. This means that it’s basically women who get to pay the bill. This has consequences for the freedom to choose for contraceptives. Research shows that 8% of Dutch women decides not to buy contraceptives due to financial constraints.

As plaintiffs, we feel that this is not right. I feel sorry for women in the Netherlands (and elsewhere!) who do not use contraceptives because they are too expensive for her. I agree with the initiators and believe that every woman, regardless of her financial situation, must be able to have access to contraceptives.  This is a fundamental reproductive health right which gives women the power to control their sexuality, to choose whether or not to have children, and the timing and spacing of their pregnancies. It is crucial for respecting and promoting women's health and bodily autonomy. In addition, free access to contraception has a profound and positive impact on women's lives and concerns the whole of society.

‍In 2019, Lilianne Ploumen (politician of the Labour Party) said that she was of the opinion that contraceptive should be covered by basic health insurance in the Netherlands. For the debate that she would have in Parliament soon after, 'Bureau Clara Wichmann' and 'De Goede Zaak' kickstarted a petition to support her, which was signed by 55,000 people within a single week alone. The proposal of Ploumen was presented to our Parliament, but unfortunately eventually rejected. 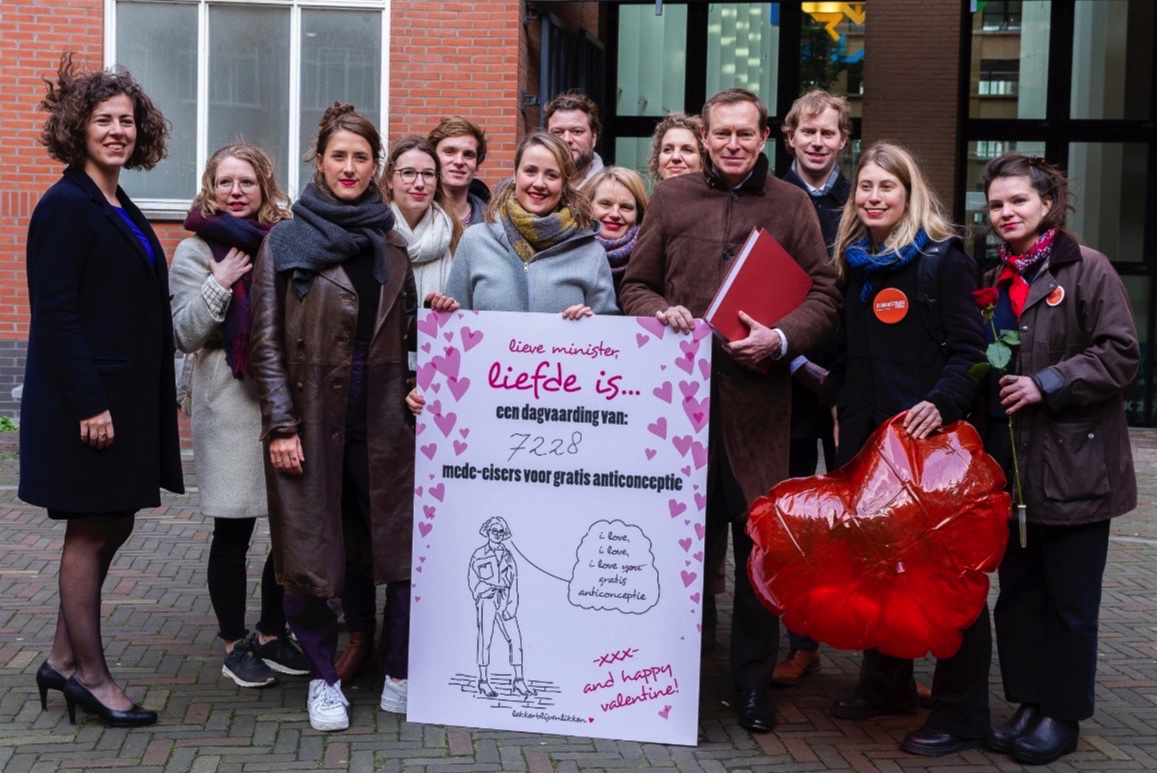 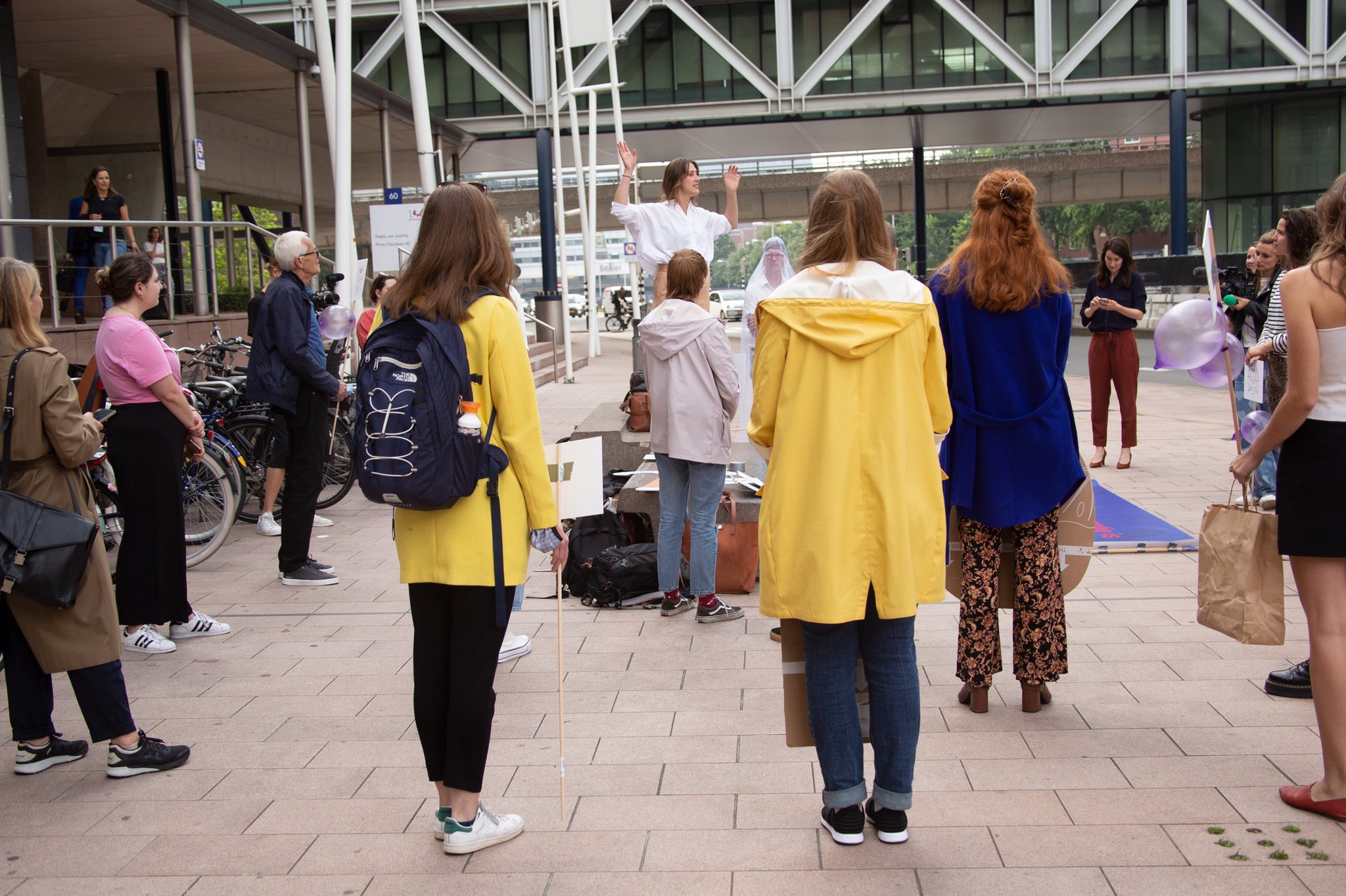 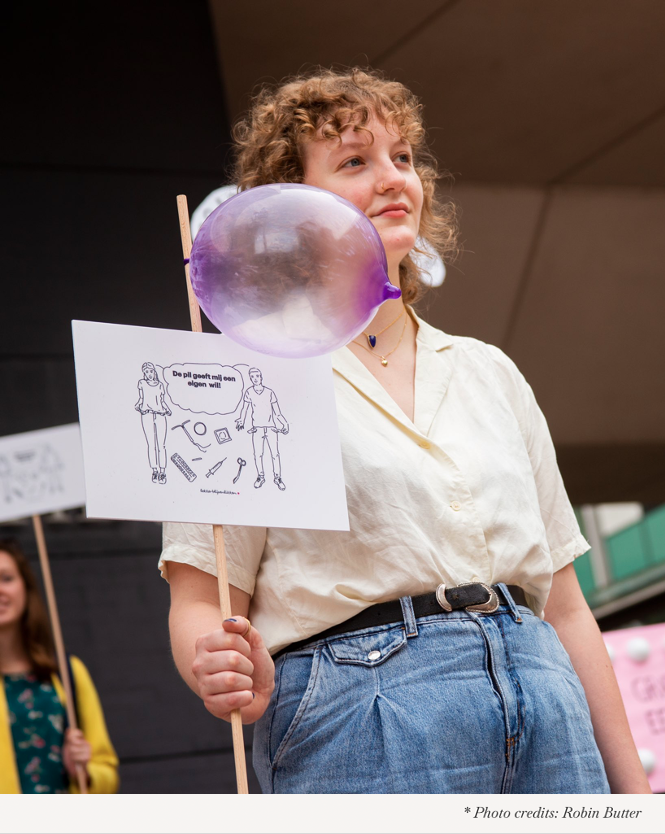 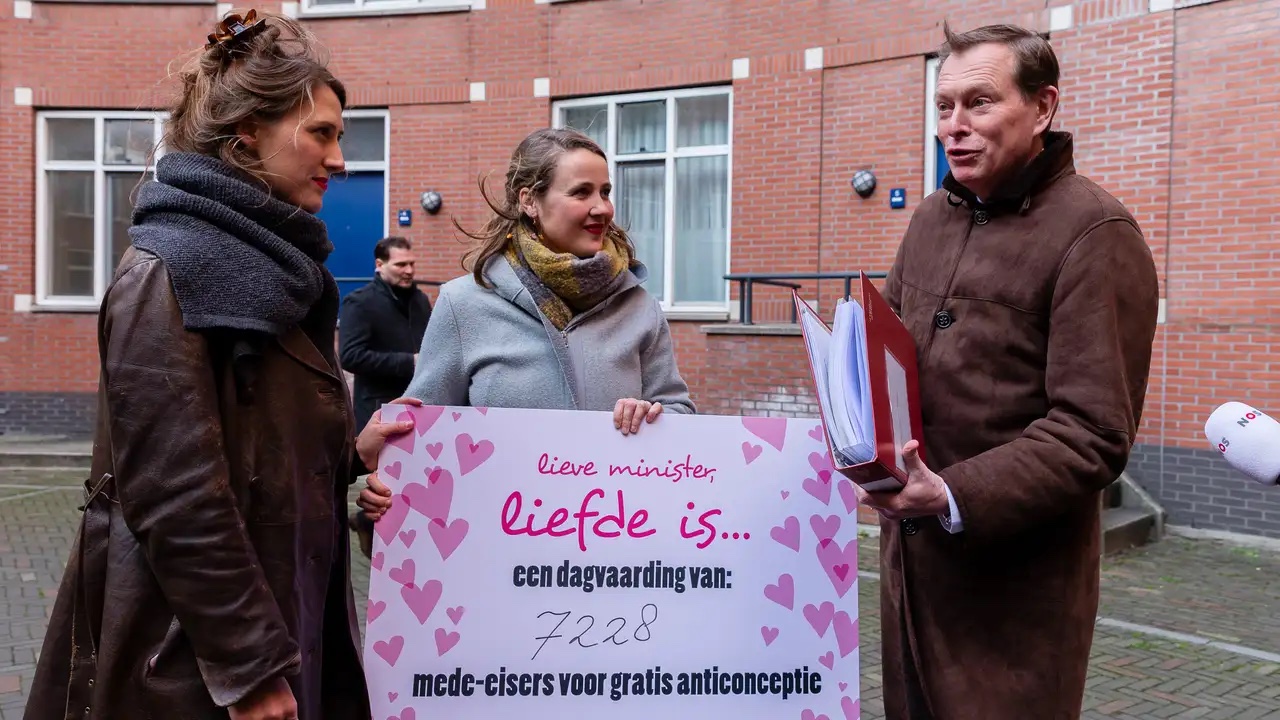 ‍Both organizations didn't give up on the idea that contraception should be free for everyone in the Netherlands. In November 2019, they started a lawsuit against the Dutch State. The 14th of February 2020 - Valentine's Day - a subpoena was symbolically handed to Minister Bruins of Medical Care by representatives of ‘Bureau Clara Wichman’ and ‘DeGoedeZaak’. He received a sign saying "Love is... a subpoena from 7228 co-plaintiffs for free contraception," see picture below. The media wrote about our lawsuit and the subpoena on various websites.

‍From a legal point of view, the case is rooted in Articles 8 and 14 of the European Convention on Human Rights, which regulates the right to respect for private and family life and the prohibition of discrimination based on sex; and Article 16 of the CEDAW Convention, which obliges states to undertake "all appropriate measures to eliminate discrimination against women in all matters relating to marriage and family relations." These rights combined point to the right of accessible contraception, where 'accessibility' also means it should be free of charge.

‍In the meantime, the State has responded by means of a Statement of Answer, which you can read in full here. Unfortunately, the Dutch State rejected our claim and requested the Court to declare the subpoena inadmissible. This is a very disappointing move. As the spokesperson for Bureau Clara Wichmann said: "We thought this battle had already been fought. It’s concerning and shows that we always need to keep paying attention about human and women’s rights and never take them for granted.”

There will be a hearing in June 2021 where the judge will look at the substance of the case. I will be following this case closely and will keep you posted! 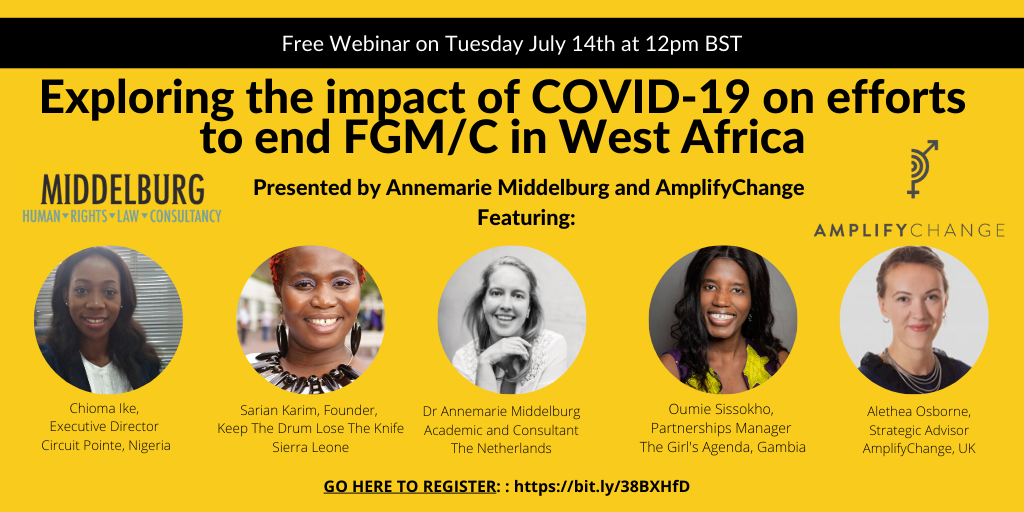 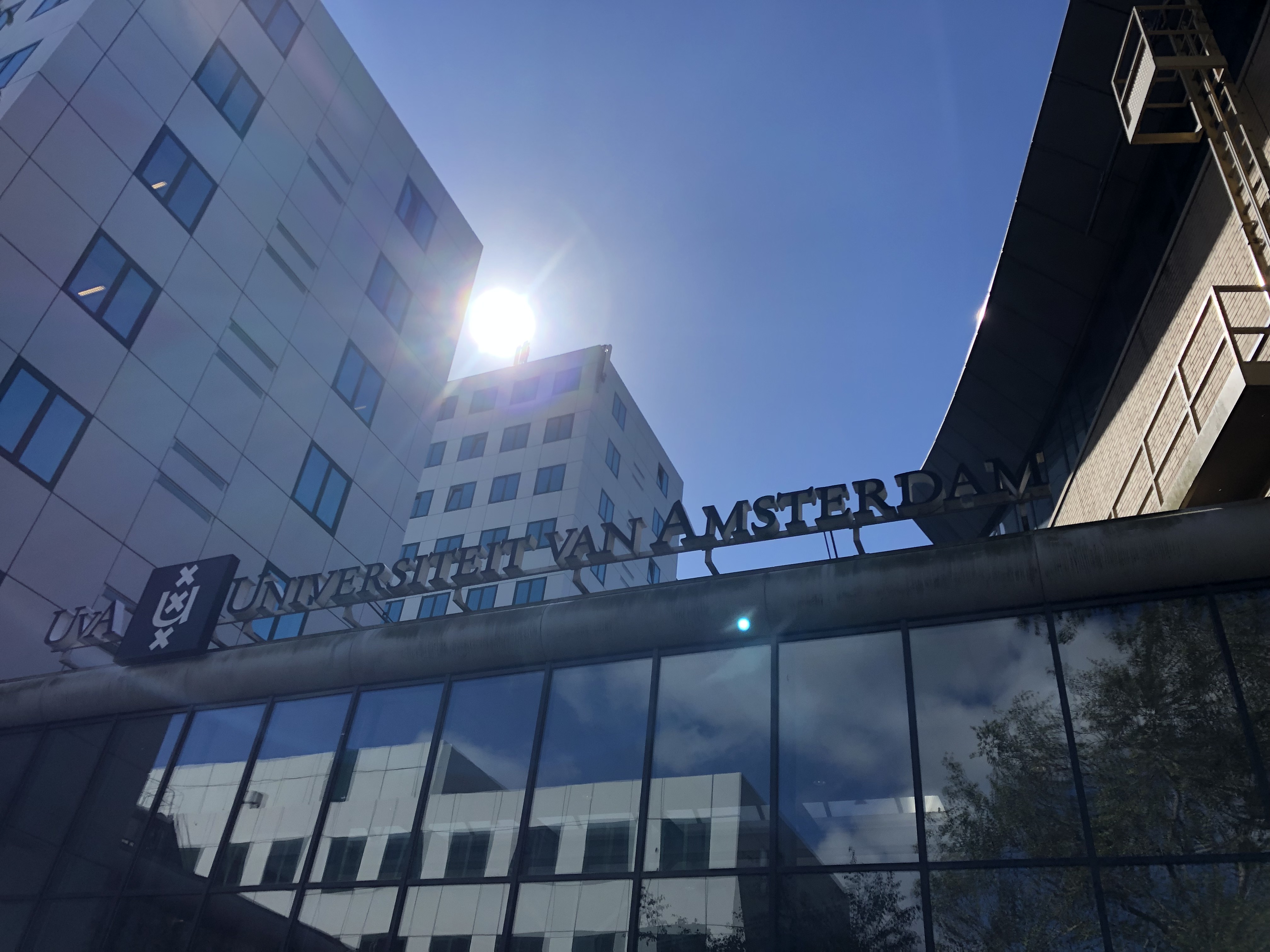