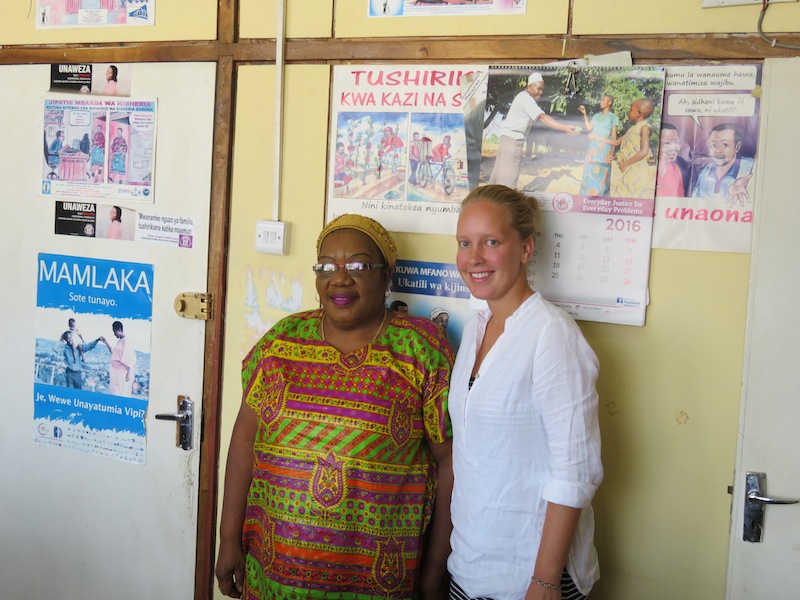 Published in
Program Design
on
August 8, 2016

Visit to WOmen WAke uP (WOWAP) in Tanzania

The 5th of August 2016, I visited the organization WOmen WAke uP (WOWAP) in Tanzania. I had a meeting with the director, Fatma Hassan Toufiq, who is also a parliamentarian in the current Tanzanian Parliament. We spoke about how Female Genital Mutilation/Cutting (FGM/C) could (and should) be addressed in the country.

WOWAP is an NGO based in Dodoma and established in 1996. WOWAP aims to create a society free from discrimination against women and children. The organization is determined to be a catalyst of positive change of women participation in social and economic issues. They promote a positive social attitude towards women and children through cultural means and consciousness-raising. Click here for WOWAP's profile for 2006-2016.

Their mission is the following:

‍“WOWAP is determined in educating the society to fight against gender based violence, violation of legal and civil rights based on a participatory involvement through sensitizing, advocating and counseling.”

‍WOWAP empowers women by educating them on their rights and mobilizing them to fight traditional practices that discriminate against women. They implemented various projects based on ending Female Genital Mutilation/Cutting (FGM/C), enhancing women on democracy issues, mobilizing the eradication of Gender Based Violence (GBV), curbing the HIV epidemic among girls and women, providing legal aid and legal empowerment, sensitizing communities to fight child early marriages that lead to maternal deaths, morbidity and stigma eradication in the society in Tanzania.

Statistics about FGM/C in Tanzania

‍UNICEF estimates that 7.9 million girls and women in Tanzania live with the consequences of FGM/C. Tanzania is classified as a ‘low prevalence’ country, since the prevalence in Tanzania is between 10% and 25%. According to the Demographic Health Survey (DHS), an estimated 14.6% of all girls and women (aged 15-49) have undergone FGM/C in Tanzania. In the past years, the national prevalence of FGM/C in the country has dropped slightly (from 17.9% in 1996 to 14.6% in 2010).

However, like in many African countries where FGM/C is prevalent, there are significant regional differences. In some regions the prevalence increased. FGM/C is most common in the Northern and Central zones. More specifically, the regions of Manyara (70.8%), Dodoma (63.8%), Arusha (58.6%), Singida (51.0%), Mara (39.9%), Kilimanjaro (21.7%) and Morogoro (21.1%) have the highest prevalence rates. Practicing ethnic groups are the Nyaturu, Gogo, Maasai, Pare, Kuria and Hadza. In Tanzania, FGM/C is done throughout childhood. However, girls are increasingly subjected to FGM/C at much younger girls, often newborn babies: 31.7% has been cut before their first birthday. Of those women who have undergone FGM/C, 90.9% have experienced Types I and II. Only 0.7% of the girls and women have been infibulated. Traditional practitioners, referred to as ngaribas in Kiswahili, mostly carry out the practice.

‍Tanzania signed and ratified the CEDAW and a number of measures have been used to abandon FGM/C in Tanzania. The Parliament passed an amendment to the Penal Code to specifically prohibit FGM, and a National Action Plan has been adopted. However – as is the case in many countries where FGM is prevalent – there is little to no law enforcement. Only a handful of prosecutions have taken place. Parents and cutters received a short sentence (a father who forced his four children and grandchild to undergo FGM/C received a suspended sentence of 12 months) or were released early. 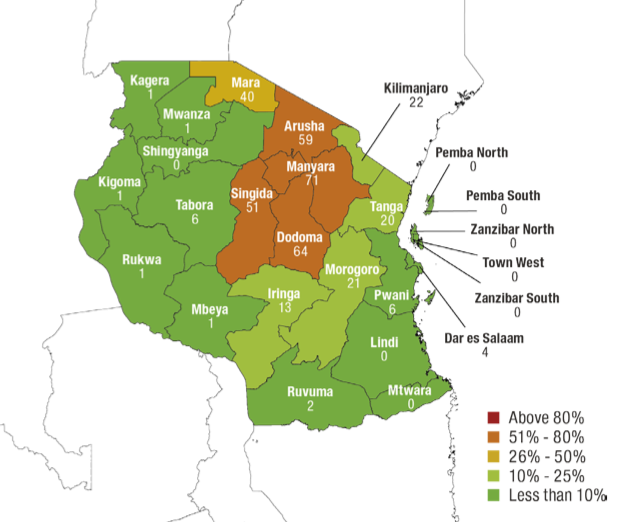 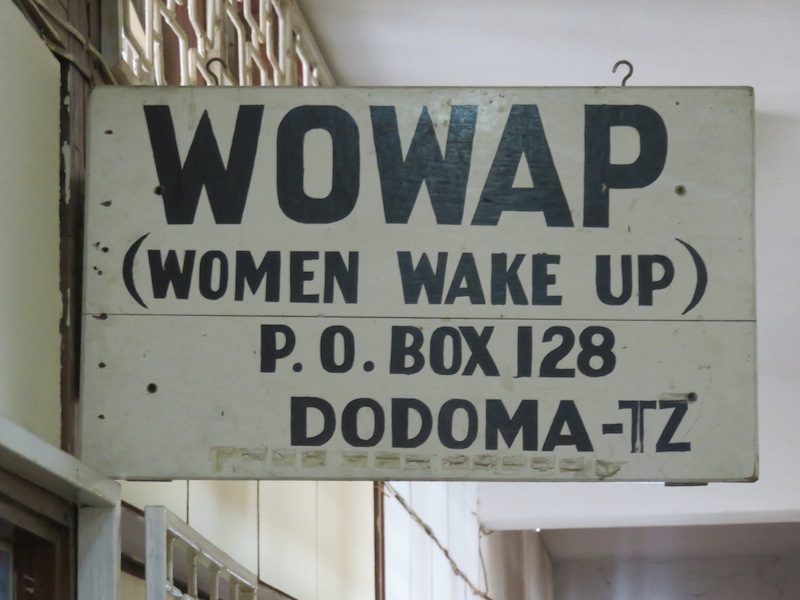 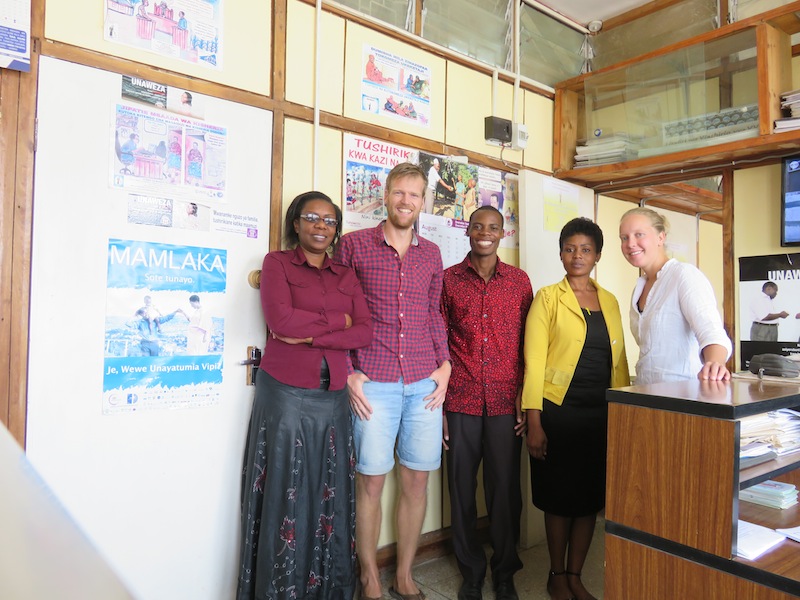 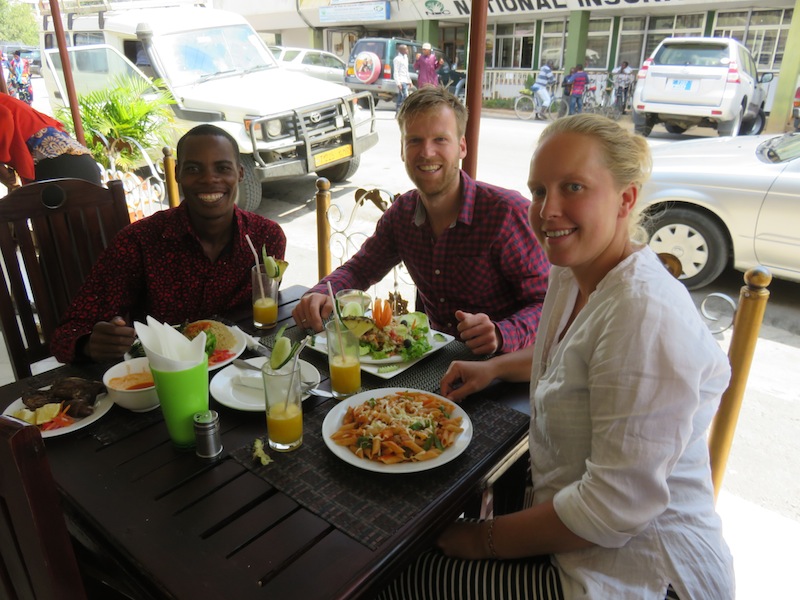 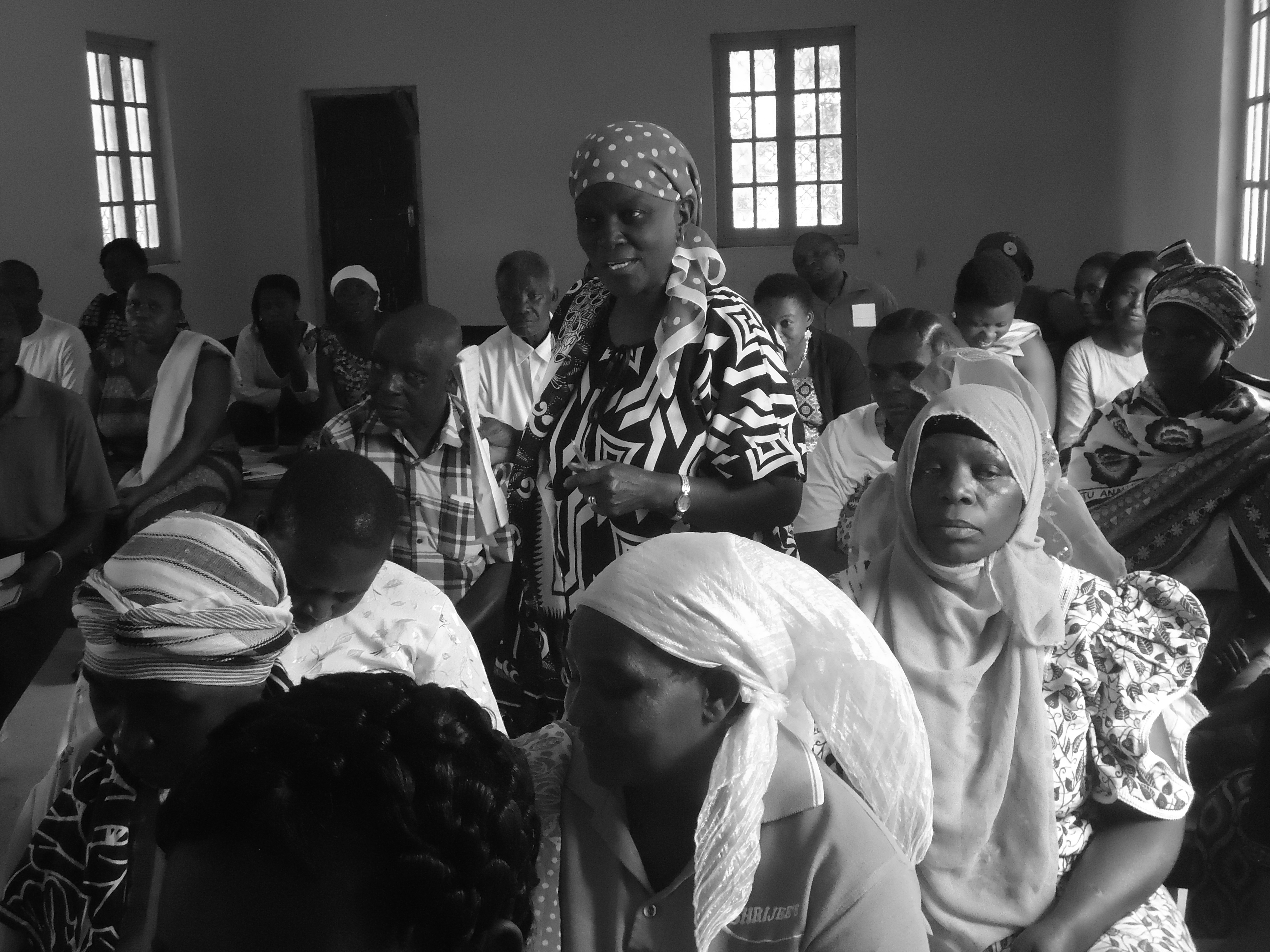 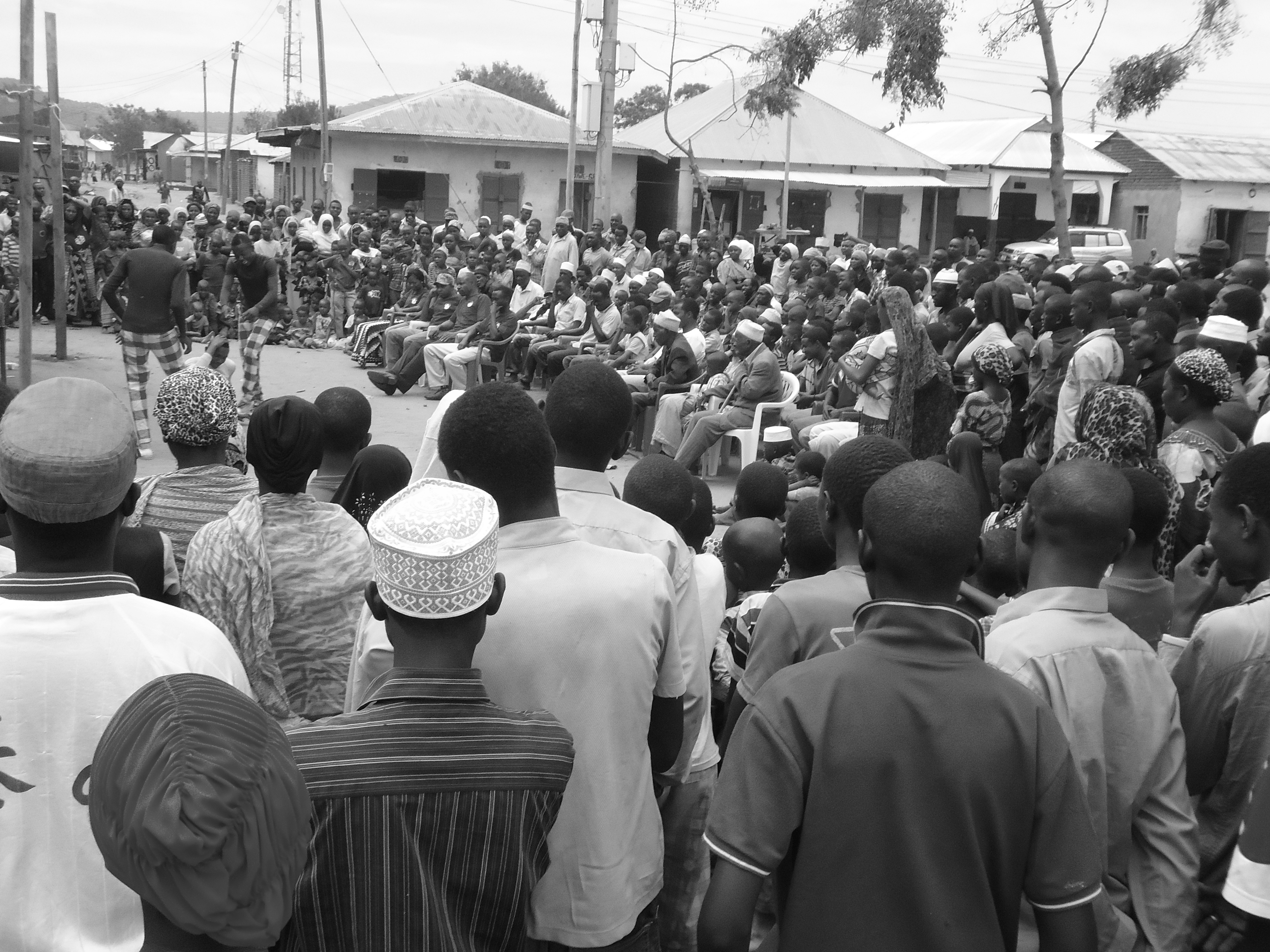 There are a number of NGOs working on the issue of FGM/C in Tanzania. These NGOs undertake a variety of strategies, including the health risk approach, human rights approach, women’s empowerment, providing alternative sources of income for traditional cutters, and providing safe refuges for girls fleeing FGM/C. Fatma Hassan Toufiq explained that WOWAP’s approach is a mix of these different approaches: “We address FGM holistically, with a community development strategy, using culturally sensitive and non-judgmental approaches and engaging a wide variety of participants and stakeholders.” WOWAP mobilizes people with influence, including Muslim and Christian religious leaders, teachers, village leaders, police, health officials and government officials to fight for the abandonment of FGM/C. The projects of WOWAP focus on the regions with high prevalence of FGM/C, mainly in the Dodoma Rural District and Singida region (where the prevalence of FGM/C increased from 43.2% in 2005 to 51.0% in 2010). We spoke about some of their struggles in the country, and I asked Fatma how it is possible that after many years of advocacy, the prevalence is not really decreasing, and in some regions in Tanzania even increasing. She explained: “FGM is a cultural practice, that cannot be stopped in a night.” The issue is the culture, which is embedded in the minds of people. According to Fatma, a graduate cultural change is necessary: “The issue is attitude: changing people’s minds. But changing a culture is difficult and takes time. We still have a very long way to go.”

One aspect highlighted by Fatma was the link between FGM/C and marriage. Fatma explained: “In communities in Dodoma a girl who gets married is worth 25 cows and 12 goats. A higher dowry is paid for a girl who is mutilated. Parents need to goats and the cows. The question is how we can inform these people that FGM is a harmful practice and that this culture is outdated.” Fatma emphasized that many issues are contradicting when ending the practice of FGM/C. Uncut girls need to become accepted in their society. Therefore, FGM/C could be ended through what Fatma refers to as “cultural means.” She explained: “It’s all about the way you convert the message to people. In the communities where we work, most people did not go to school. They cannot read. Therefore, we use traditional ways to inform people about the hazards of FGM, such as traditional dances and short plays.” She explains that children perform for their parents during the opening days in school about the harmful health consequences of FGM/C, or they organize community dialogues at a local market where questions are asked about FGM/C in the form of a play and information is provided about the hazards of the practice.

‍Fatma Hassan Toufiq shared with me a personal story about how she became involved in the issue of FGM/C. She told me that she was a teacher by profession: “I always want girls to go to school in order to be empowered.” As an education officer, she regularly checked attendance lists to make sure that everyone is attending classes. At a certain moment she found out that one girl was not attending class for more than three weeks. She went to the house of this girl to meet her mother and grandmother. The girl only had a headache, according to her mother and grandmother. After Fatma insisted to see the girl, the mother took her to a dark hut where the girl was kept. Fatma found out that the girl underwent FGM/C. Her wound was severely infected and Fatma took the girl to the hospital. During that night, she cooked dinner for the family of the girl and she made sure that Fatma had a blood transfusion in the hospital. The next morning, she went back to the hospital, where she found out that the girl passed away that night… Fatma showed me pictures of the girl, and of the burial ceremony. You could clearly see that the death of this girl still touched Fatma: “This girl clinked in my head. I read a lot of books about FGM, asked women who underwent FGM about the practice, and I started a campaign against FGM because this unnecessary suffering needs to stop.”

After the meeting with Fatma, I met the other staff members of WOWAP. One of the staff members, Samora Mnyaonga the project coordinator of Singida region FGM project, explained their different projects more in depth, including how they try to reduce cases of FGM/C among children by increasing knowledge at primary schools. All in all, it was a very inspiring day. I absolutely enjoyed speaking with both Fatma and Samora about the issue of FGM/C in Tanzania.Would you like to get in touch with WOWAP in Tanzania? 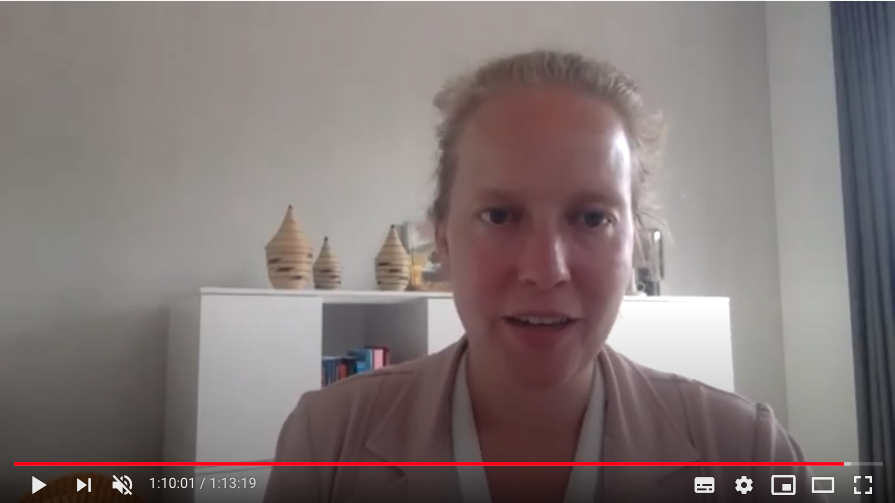 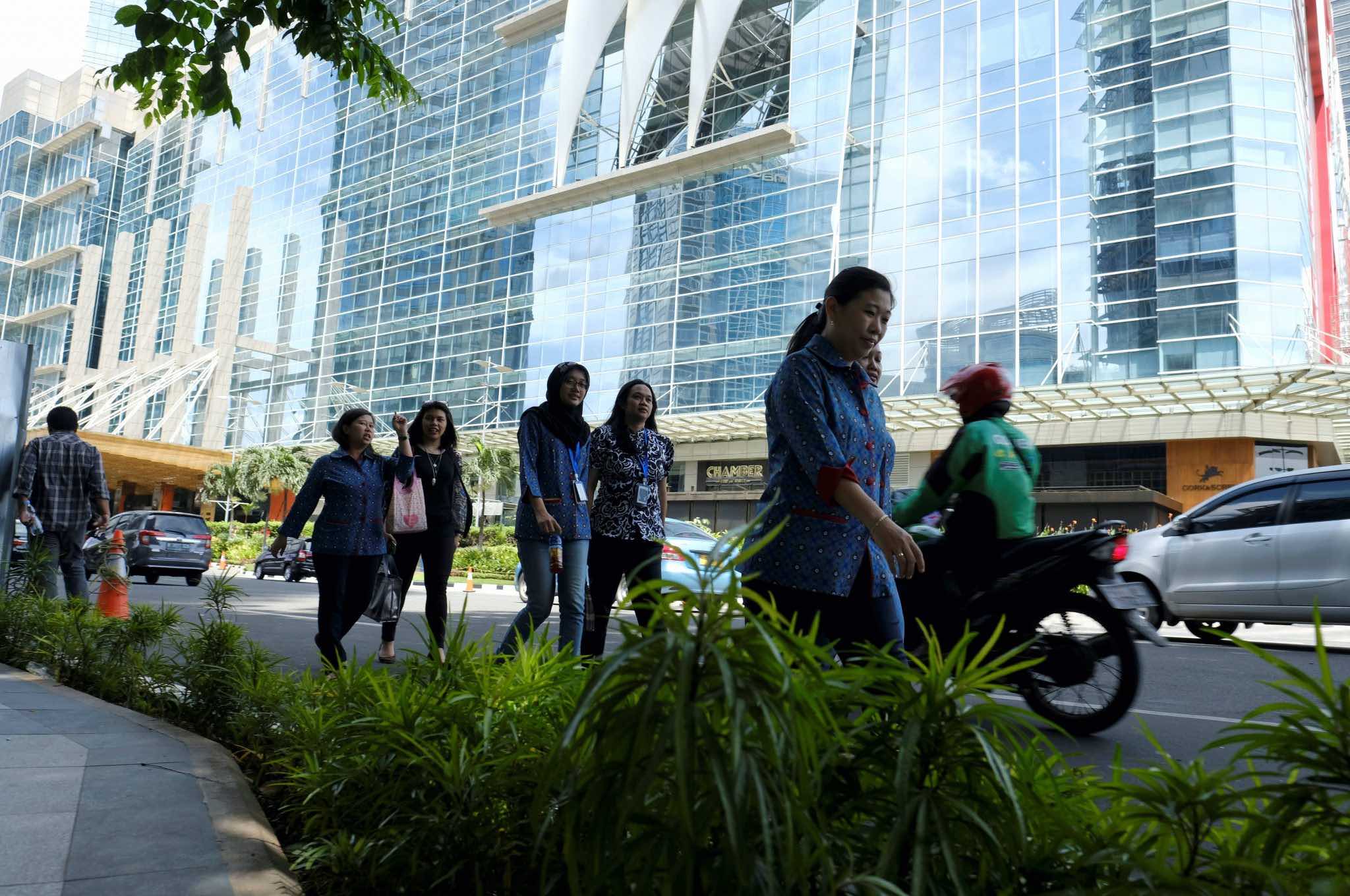